We independently review everything we recommend. The information is provided by Do I Need Integrated Graphics On My CPU? (Answered) and while we endeavour to keep the information up to date and correct, we may earn a commission if you buy something through links on our post. Learn more

Do I Need Integrated Graphics On My CPU?

But before we get into the details of the subject “Does your PC need a graphics card if it’s not for gaming?” there’s a technical distinction: the difference between an integrated and a dedicated graphics card. The following article goes over this topic in-depth and clears up some common misconceptions about graphics cards.

On a desktop, the Intel HD GPU is likely to be underutilized. It can only be utilized for a few tasks; one is Intel Quick sync transforms video using the Intel GPU.

What Is Integrated Graphics?

It is common for the graphics processing unit (GPU) to be integrated into a computer’s CPU. This provides several benefits. Compared to a dedicated graphics card, it’s smaller, uses less power, and is less expensive.

With time, the negative connotation attached to integrated graphics has shifted drastically. Aside from light gaming and a 4K movie playback, it’s now more than adequate for most general computing tasks. It does not work with programs that require a lot of graphics.

If your PC has 4 GB of RAM and 1 GB of shared graphics memory, you’ll only have access to 3 GB of that for regular computing tasks. Most modern processors come equipped with a GPU. The program will seamlessly switch between the two machines with a dedicated graphics card.

Efficiency and performance are the two goals that are being pursued here. Shared graphics are sometimes the only option for portable devices like laptops, tablets, and smartphones. Low-cost desktop computers can also run it.

What Is a Separate Graphics Card?

A dedicated graphics card manages a computer’s graphics performance. Discrete graphics cards or video cards are other names for them. GPUs, RAM, and a cooling fan can be found on various graphics cards. It is possible to choose a graphics card that is powerful enough to tackle any work.

In most systems, they can be easily upgraded and do not share system memory. Because they’re larger and more expensive, they also generate more heat. Desktop PCs with discrete graphics cards are widespread in the midrange and upper price ranges. Some high-end laptops have them as well.

In terms of graphics performance, dedicated graphics cards are superior to integrated systems. In addition to that, there is a lot more to it. Your priorities will guide your decision on which alternative to select. Dedicated hardware indeed outperforms an integrated system, but how much better?

Dedicated graphics cards have built-in fans: They quickly heat up. In tests, the Titan Xp has been shown to achieve temperatures of up to 185 degrees Fahrenheit when put under a lot of strain. Other internal components, such as CPUs, generate their heat. Keeping your PC from overheating is essential.

In contrast, an Intel Core M processor with integrated graphics can achieve temperatures of up to 160 degrees while playing a game. This model uses less power because it doesn’t have a fan. As far as visuals go, this setup is similar to a dedicated card from several years ago, according to tests. For non-gamers who care about energy efficiency, it’s the better choice.

How To Determine Whether Your Processor Has Integrated Graphics?

Integrated graphics, sometimes known as “IGPU,” can allow your computer to work without a graphics card, although it is not available on all CPUs. If your CPU has integrated graphics, there are a few ways to tell and test it. So, here’s how you figure it out.

Even though most CPUs feature integrated graphics, certain exceptions don’t follow the principles above, and there are some performance disparities when deciding which IGPU to buy.

Another thing to keep in mind is that Intel’s GPUs were designed to accomplish everyday chores without using a GPU. Thus, they won’t perform as well as a dedicated graphics card at heavier workloads like gaming.

AMD, on the other hand, is a problem. AMD has released a set of CPUs designed specifically for gaming and other demanding workloads. A “G” is appended to the end of the name of these CPUs. Please remember that no CPU can execute graphically heavy activities better than a dedicated graphics card.

This may appear to be the better option, but when there is a will, there is a way because these CPUs give up a small amount of processing power in exchange for superior visuals. These CPUs frequently contain one fewer core than they are supposed to, which may be a significant issue for some.

Photoshop and Lightroom can run on modern graphics cards. These are essential for tasks like 3D modeling, and they will expedite RAW photo editing as a result of their inclusion. An intriguing fact is that a powerful, dedicated GPU is utilized to mine bitcoin and other cryptocurrencies.

Everyone else can get by with integrated graphics. It’s suitable for casual gameplay. For most Adobe apps, it’s more than adequate. And it will be able to handle 4K video if you have a very current processor.

Unless you have special requirements, the advantages of integrated graphics, such as device size and battery life, outweigh the advantages of separate graphics. If you require more processing power, our guide to the best graphics cards for different budgets might assist you in determining which is ideal for you.

Is It Worth Having Integrated Graphics On The CPU?

Can A CPU Be Without Integrated Graphics?

Intel’s chips all come with an integrated GPU, meaning they can run a system just fine without a graphics card, whether running a Core i3, i5, i7, or i9. The only exception is the most recent “F” processor line from Intel. These are frequently referred to be Core i9-9900KF processors or something similar.

Is A Dedicated GPU Better Than An Integrated One?

Due to the significant price difference, an integrated graphics card is preferable if playing games on your PC is not your top priority. A PC or laptop with an integrated GPU can be better if you want to play less graphically demanding games, like several in the simulation or 4X genres.

Now you know everything about Do I Need Integrated Graphics On My CPU? The integrated Intel graphics (GPU) can usually be turned off to simplify boot requirements and processes and app-OS interaction. There is only one GPU driver required. However, the GPU must be enabled and used as the boot display in at least one circumstance I’ve encountered.

Its drivers must be installed, and it is recognized alongside the system’s existing PCIe GPUs. If a user wants to play 4k UHD Blu-rays on a computer, Cyberlink PowerDVD requires that the GPU has a direct secure, physically unexposed connection with the CPU.

This connection is made by enabling SGX in the BIOS, and it is required because “unencrypted 4k UHD material could be siphoned off and pirated from the unprotected PCIe bus,” as could be the case with a PCIe GPU card. And in this scenario, even if you have a PCIe GPU card, you must utilize a GPU.

Should I game with integrated graphics or Nvidia?

If you plan on doing a lot of gaming, obtaining a dedicated GPU is a must. Because of the significant price difference, an integrated graphics card is a better alternative if gaming is not a priority when using your PC.

If I have a GPU, do I need integrated graphics?

No, turn it off. Integrated graphics can’t compete with your external GPU, and it won’t save you any power or allow you to add another screen. It’s either one or the other, not both at once. Graphics that are integrated will be rough and sluggish.

Should I turn off integrated graphics when playing games?

Nope. It is not advised. If you don’t have dedicated graphics, your laptop or desktop will not display anything. Even if you have a dedicated GPU, it will be disabled on laptops because onboard graphics are loaded first unless a very high 3d image is generated.

Is Ryzen 7 equipped with integrated graphics?

Post DisclaimerWe independently review everything we recommend. The information is provided by What Keeps My Computer On When The Electricity Goes Out? Brief Answer and while we endeavour to keep the information up to date and correct, we may earn a commission if you buy something through links on our post. Learn more It is…

Post DisclaimerWe independently review everything we recommend. The information is provided by Nikon D Vs G Lenses (Comparison And Which Is Better?) and while we endeavour to keep the information up to date and correct, we may earn a commission if you buy something through links on our post. Learn more This article will give…

Post DisclaimerWe independently review everything we recommend. The information is provided by Difference Between GDDR6 Vs GDDR6x (Full Comparison) and while we endeavour to keep the information up to date and correct, we may earn a commission if you buy something through links on our post. Learn more NVIDIA Ampere video cards were the first…

Post DisclaimerWe independently review everything we recommend. The information is provided by How To Tell If A Processor Is Compatible With Your Motherboard? and while we endeavour to keep the information up to date and correct, we may earn a commission if you buy something through links on our post. Learn more So you’ve made…

Post DisclaimerWe independently review everything we recommend. The information is provided by How To Turn Win Lock Off? All Methods Explained and while we endeavour to keep the information up to date and correct, we may earn a commission if you buy something through links on our post. Learn more Have you ever wondered about…

Post DisclaimerWe independently review everything we recommend. The information is provided by HP Laserjet P4015 Duplex Printing (All You Need To Know) and while we endeavour to keep the information up to date and correct, we may earn a commission if you buy something through links on our post. Learn more This guide will give… 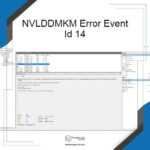