We independently review everything we recommend. The information is provided by How To Restart A Frozen Chromebook? Full Procedure and while we endeavour to keep the information up to date and correct, we may earn a commission if you buy something through links on our post. Learn more

This article will assist you in identifying and resolving How To Restart A Frozen Chromebook? Issues that cause a Chromebook To Lock Up, freeze, or cease responding. If an error message displays on the screen, write it down precisely as it appears on the screen. To locate a solution, restart the computer and search the internet using full wording from the error notice.

How To Restart A Frozen Chromebook?

Any lightweight notebook that runs Chrome OS, a stripped-down operating system built primarily for working online with Google apps, is referred to as a Chromebook. Many firms now produce Chromebooks, but because they all run the same software, they all have the same issues. Chromebooks Typically Freeze lock up or ceases responding for a variety of reasons, including:

To begin, you’ll need to familiarize yourself with the Chrome OS version of the Task Manager, which is similar to the Windows Task Manager. Here’s a helpful hint: Like Windows and Mac, there’s a keyboard shortcut, so you’re already in good shape (no coding or hacking needed). Simply hit the following keys simultaneously whenever your laptop freezes or becomes unresponsive:

That’s the Chrome Task Manager’s keyboard shortcut. It functions similarly to the Windows version, but with a few minor differences. It’s actually easier to use because there’s one fewer key to press (if you want to be nitpicky about it.) Because many of us are used to Windows’ iconic “CTRL + ALT + DELETE” combination, it’s just a strange key combination to remember.

After you open the Chrome Task Manager, you’ll see a little window that lists all of the Chrome applications that are currently active. It will also provide you with extensive information on memory (RAM) utilization, CPU usage, network usage, and other factors. On Chrome, it’s essentially the Task Manager from Windows. As long as you’ve seen one, then you’ve seen them all. There’s nothing exceptional about this place.

After you’ve brought it up, go ahead and look through your apps to see what’s hogging all of your resources. By using the tabs at the top of the page, you can sort the list. Find the app that is using the most memory or CPU and terminate it by clicking on it and then clicking the “end task” button. You can also terminate it by right-clicking on it and selecting “close.”

If you can’t find anything that appears to be the source of the problem, you’ll need to take a deeper look into your apps. It’s possible that the software doesn’t use a lot of resources but nevertheless causes your Laptop To Freeze. As a result, you’ll have to make some educated guesses in order to discover it and put an end to it.

If your Chromebook Is Entirely Frozen, you should first perform a hard reset, and then look for any apps that are hogging resources.

Here’s how to do it:

Note: If you don’t notice anything strange, keep using your laptop while keeping an eye on your resource use. Look for apps that frequently raise the percentages as you use them. If you’re new to this, here are some pointers on how to figure out the best way to force yourself to stop:

A word of caution: Do not force “Browser” to close. Chrome OS is the name of the operating system. And if you close this app, your laptop will effectively go down. This is the actual computer (pretty much). So don’t give up.

After you’ve found it, click it and then click the “End Process” button in the lower right corner. This will force your laptop’s application to close. Your laptop will start chugging along again if you choose the right one. If your Chromebook is frozen, unresponsive, or slow, this should solve the problem. If not, there are a few additional possibilities below. Take a look at them.

Also, if you don’t need the program, try removing it so it doesn’t mess with your Smartphone again. These problems are usually caused by untrustworthy apps. Any lag, slowness, or unresponsiveness should be resolved by performing this easy operation.

These problems usually occur when you have too many apps open or one of them hangs. Ending the process frees up resources (CPU and RAM) on your laptop, allowing you to use it for other tasks and potentially speeding up your computer.

Is Your Chromebook Still Not Working Properly?

If your Chromebook is still unresponsive after closing a handful of programs, you’ll have to shut it down and restart it. Simply select the Power icon from the system status section in the bottom-right corner of your screen (There you can get information about the time, battery, and account).

Your laptop will shut down and you will have to restart it. You’ll have to make a hard reset if you can’t even get it to shut down. For most models, press and hold the Power button (On your keyboard, it should be the top-right button) for 3 seconds to force shut it down.

After it has been turned off entirely, simply push it again to turn it back on and continue from there. It should fix your Chromebook if it’s frozen or unresponsive. Is it still not working? Make a backup of your personal files and run a Power wash on your computer.

That should take care of your problems. The majority of unresponsive difficulties can be resolved by using Chrome Task Manager to kill the process that is causing Your Laptop to Freeze and not respond to your commands. If not, proceed to the next step and take more serious measures, such as rebooting your computer.

How To Restart A Chromebook When Frozen?

How To Fix A Frozen Chromebook?

How To Unfreeze A Chromebook?

That is all there is to How To Restart A Frozen Chromebook? If you found this useful, please tell a fellow Chrome about it. If your laptop is still broken, or if you have any other helpful hints, please leave a remark.

How can I force a Chromebook to restart?

Press the Power and Reload buttons on the Chromebook keyboard at the same time. The power button on some flip-style Chromebooks is situated on the side of the Chromebook. The Chromebook will be forced to turn off and on again as a result of this action.

What should you do if your Chromebook becomes stuck and refuses to turn off?

Simply press and hold the Power button (which should be located in your keyboard’s upper right corner) for 3 seconds to force the device to turn off and turn back on After it has been completely shut off, simply touch it again to turn it back on, and proceed from there. Chromebooks that are frozen or unresponsive should be able to be fixed with this tool.

Why did my Chromebook become unresponsive?

If your Chromebook is crashing or freezing, try the following: If your Chromebook crashes or freezes due to a specific tab in your browser, hard refresh the page: Ctrl + Shift + r is the shortcut. Uninstall any new programs or extensions you’ve recently installed. Your Chromebook should be reset.

What is a Chromebook hard reset?

You may need to reset your Chromebook hardware, sometimes known as a hard reset, to fix some Chromebook issues. It will clear some files from your Downloads folder and reset the hardware on your Chromebook (such as the touchpad and keyboard).

Post DisclaimerWe independently review everything we recommend. The information is provided by What Type Of Connector Is On A Laptop Charger? Information and while we endeavour to keep the information up to date and correct, we may earn a commission if you buy something through links on our post. Learn more Whether the external power…

Post DisclaimerWe independently review everything we recommend. The information is provided by Are iPads Allowed On Planes? (Quick Answer) and while we endeavour to keep the information up to date and correct, we may earn a commission if you buy something through links on our post. Learn more Let’s find out more about Are iPads…

Post DisclaimerWe independently review everything we recommend. The information is provided by Does Wifi Interfere With The Tv Antenna? Quick Answer and while we endeavour to keep the information up to date and correct, we may earn a commission if you buy something through links on our post. Learn more Do you want to know…

Post DisclaimerWe independently review everything we recommend. The information is provided by How Often Do External Hard Drives Fail? Expert Guide and while we endeavour to keep the information up to date and correct, we may earn a commission if you buy something through links on our post. Learn more Customers frequently question me How…

Post DisclaimerWe independently review everything we recommend. The information is provided by How To Dispose Of A TV? Step By Step Guide and while we endeavour to keep the information up to date and correct, we may earn a commission if you buy something through links on our post. Learn more You might well have… 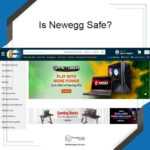