We independently review everything we recommend. The information is provided by What Does A Camera Lens Hood Do? Cameras Expert Opinion and while we endeavour to keep the information up to date and correct, we may earn a commission if you buy something through links on our post. Learn more

One of the most commonly used photographic accessories is a Lens Hood, which is a piece of plastic or metal that fits the front of your Camera Lens and gives it a more professional look. Do you know What Does A Camera Lens Hood Do?

In this post, we’ll go through everything in depth. Lens hoods, on the other hand, have a purpose beyond aesthetics. They can significantly improve the image quality of a photograph, to mention one advantage.

What Does A Camera Lens Hood Do?

A lens hood’s primary function is to shade the front of your lens, preventing light from shining over it and creating undesired flares and a washed-out, low-contrast appearance. A lens cowl blocks light from reaching the camera, producing a crisp image that is free of glare.

The purpose of a lens hood is to give photographers a number of advantages. Almost every lens you purchase will include one, and most of them are detachable. The only exception is with more specialized lenses, such as fisheye lenses, where the lens hood may be included in the lens body itself.

Lens Hoods, on the other hand, are usually rapidly detachable and should always be mounted. Here are some of the benefits of using a lens hood.

While lens hoods are primarily used to block light, they also offer some physical protection. A lens hood can protect the front of the lens from some of the raindrops if you’re shooting on a wet day or near a waterfall, for example. It’s not a substitute for an umbrella, but it can buy you a few moments to grab a shot before your lens is ruined by water.

A lens hood also provides extra protection on the front if you hit the lens against something while shooting at a busy wedding or, even worse, knock it off a table. It won’t prevent the lens from shattering, but it will ensure that the glass front element isn’t the first thing to hit the floor.

It Boosts The Contrast Of An Image

Lens flares and severe glares effectively obscure your view when they impact your lens. They reduce contrast and overall image quality by washing out your image and sometimes causing discolorations.

Lens hoods prevent stray light from entering the lens, ensuring that it has a clear view of the scene. You can try this yourself, but make sure your comparative photographs have the same exposure settings.

By functioning as a visor for your lens, a hood’s main purpose is to block or lessen the amount of lens flare and glare in your images. Flare and glare are types of scattered light that strike your lens at an angle (beyond the frame) and make it difficult to see, such as when you step out in bright light. If you’re using an old or low-quality filter that doesn’t have modern anti-glare coatings, this is more likely to happen.

While lens flares can add interest to a photograph, they can also be distracting, especially if they cover your subject or the majority of your scene. Even if you plan to create flares, too many of them can make your photograph look amateurish, which is why many professionals advise using a lens hood to avoid flares in general.

When Should You Use A Lens Hood?

A lens hood can be used at any time of day and in almost any photography setting. If you must choose, keep in mind that they should be worn when:

Unless you need to save room in your camera case and store your hoods elsewhere, you may wish to leave your lens hood fixed on your camera at all times.

Petal forms will become more popular on wide-angle lenses, as they reduce vignetting and are designed to not obstruct the frame. Because the field of view is narrower, telephotos feature cylindrical hoods.

Regardless, you should always use the lens hood that came with your lens at the time of purchase. Look up the model number of the hood that should be affixed to the lens if you’ve misplaced it. They’re frequently available from various manufacturers’ spare parts sections. If you have any issues, simply contact the firm in question.

Tips For Using A Lens Hood

When Using A Lens Hood, there are a few factors to keep in mind:

Does A Lens Hood Make A Difference?

Not just for preventing huge areas of lens flare and discoloration. They also enhance a photo’s overall color and contrast. I use lens hoods almost exclusively because of this (more on the word “nearly” below). They never degrade your image quality when used properly.

When Should I Use A Lens Hood On My Camera?

As in a backlit portrait, your subject is backlit. You’re aiming at or close to a bright source of light. You have a lens flare-producing off-camera flash or another bright light source. You are filming at night near buildings, street lamps, cars with their lights on, etc.

Lens hoods should always be mounted to your camera. Learning What Does A Camera Lens Hood Do? is crucial since it can improve your photographic skills. They will make your photographs look better and may even save you money in the event of an accident.

When should I utilize my camera’s lens hood?

A lens hood’s main purpose is to keep light from hitting the front lens element from the sides, which reduces contrast and causes flare. Images taken using a lens hood can have more vibrant colors and richness. A lens hood can also be used to shield the lens.

Is it necessary to use a lens hood?

Lens hoods are useful for more than just preventing huge areas of lens flare and discoloration. They also boost a photo’s overall contrast and hues. This is why I almost always use lens hoods (see below for more on the “nearly”). When used correctly, they never degrade the visual quality.

What is the aim of a camera lens hood?

The primary purpose of a lens hood is to prevent stray light from entering your lens, which can cause lens flare and reduce contrast in your photographs. When shooting into the sun or with a bright light source in front of the lens, this is common.

Is it true that a lens hood affects exposure?

Only the bad light entering a lens is affected by hoods. Even if it’s only enough to change the light reading and exposure, it’s not the kind of light you want because it’ll ruin your shot. As a result, the majority of hood users will use them at all hours of the day and night, both inside and out. Proper hoods will never affect your exposure or pictures.

Is it necessary to use a lens hood indoors?

A lens hood prevents stray light from entering the lens and causing the image to be washed away. It won’t make a difference if you’re indoors and don’t have a bright light source shining stray light into the lens. It will, however, protect the lens, and using the lens hood all of the time is an excellent habit to have.

Is it necessary to use a lens hood at night?

A lens hood should always be present on your lens. A lens hood’s purpose is to cast a shadow on the lens to reduce lens flare caused by stray light, which is most commonly generated by the sun. Due to street lights or other point source lighting, the hood should also be utilized at night.

Which lens hood is the best?

In most cases, a cylindrical lens hood will suffice and get the job done. These are frequently used with prime or telephoto lenses to totally filter stray light. Petal Lens Hoods are even more popular (sometimes called Tulip Lens Hood). These are lens hoods with curved notches that are shorter.

Is a lens hood required for a 50mm lens?

It’s best to simply put it on and forget about it. And, as others have pointed out, by receiving the brunt of a collision, the hood may avoid costly damage to the lens, either to the front element or to the focusing mechanism. Without a hood, I never shoot.

What does it look like when a lens flares?

A photograph can be affected by a lens flare in one of two ways. It can appear as a haze over a photograph, wiping out the contrast and giving the image a washed-out appearance. It can also appear as a starburst (s).

Is a lens hood with an ND filter required?

Except for a major crash, a lens hood will absorb almost any impact. You state you have an ND filter on your lens. They come in handy when you need to shoot wide open in bright sunshine for a shallow depth of field. It should not be used as a lens protector. 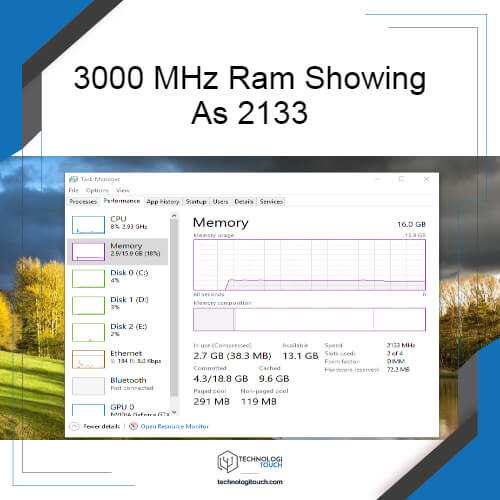 Post DisclaimerWe independently review everything we recommend. The information is provided by Is Ryzen 5500U Better Than i5 1135G7? All You Need To Know and while we endeavour to keep the information up to date and correct, we may earn a commission if you buy something through links on our post. Learn more Let’s start…

Post DisclaimerWe independently review everything we recommend. The information is provided by How To Unlock Lenovo Tablet Too Many Pattern Attempts? Guide and while we endeavour to keep the information up to date and correct, we may earn a commission if you buy something through links on our post. Learn more It’s a shame I…

Post DisclaimerWe independently review everything we recommend. The information is provided by Why Does My Mouse Automatically Scrolls Down? All Reasons and while we endeavour to keep the information up to date and correct, we may earn a commission if you buy something through links on our post. Learn more Microsoft adds a lot of…

Post DisclaimerWe independently review everything we recommend. The information is provided by Rubber Dome Keyboard Vs Mechanical: Which Is Better? and while we endeavour to keep the information up to date and correct, we may earn a commission if you buy something through links on our post. Learn more Here is detailed information about Rubber…

Post DisclaimerWe independently review everything we recommend. The information is provided by How To Recover Data From Damaged Hard Disk? and while we endeavour to keep the information up to date and correct, we may earn a commission if you buy something through links on our post. Learn more Learn about the variables that can…